A Glimpse of White Privilege 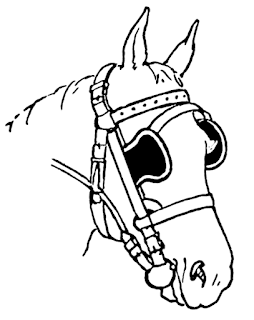 Good Morning, friends.  Because I've been so busy writing for work, my blog has been neglected.  I figured it was time to dust off the cobwebs and give it some tender loving care.  And how better than to take on the very politically and emotionally charged topic of white privilege? You know me, always ready to delve into the deep waters.

The truth is that I have stayed clear of politics on this blog, quite purposely. This blog is about Skiffdom and my thoughts while living in our chaos.  That fact has not changed; this is not a political blog.  This very Skiff experience led me to a deep understanding of what white privilege is and how my family benefits from it.

I have to be honest. I used to scoff at the idea of white privilege. It wasn't that I was purposely racist. I just looked at my life and couldn't understand how anyone would consider it privileged. I was raised in poverty, where we didn't always know where our next meal would come from. My Dad worked harder than anyone I have ever met, but with a family of ten, there just wasn't enough to go around. Our pastor would often show up at our house with groceries because he knew we needed them, even if we didn't talk about it.

Our clothes were second-hand hand-me-downs, shoes were worn-out,  and the furniture was given to us. This is not a complaint. Our house was always full of people, yet my parents somehow managed to turn a widow's mite into enough to feed whoever was there. They gave to others even out of our need. But I would not ever apply the word privileged to my childhood.

I was bullied in school because I was always different from those around me.  My mom once said I was born old. I just came into the world older than my years. My friends were in their late twenties and thirties when I was still a teenager.  I was the girl that stayed after class to pick up all the spitballs the rest of the class had spat at me while the teacher was in the hallway, the girl who matured physically too young, the one who spent her time reading a book instead of playing with the other kids.

I definitely wasn't privileged.  My whiteness didn't stop the bullies, keep food on the table, or stop me from being abused by others. It didn't keep me safe or warm or make me feel secure. How is that privilege, I wondered?

Once married, my whiteness didn't protect me from having kids with autism, it didn't make my marriage a good one, and it didn't keep the mental illnesses from wreaking havoc in my children's and my husband's brains. It didn't keep food on our table, a roof over our heads, our house heated, or any number of other things that we lost or went without. In fact, my experience was much more like that of many of my black friends than that of my white friends.  So, where was my privilege?

My friends, I apologize from the depths of my soul. I was so blind to the privilege until an experience in December tore the blinders from my eyes in a most dramatic and heart-wrenching fashion. Is there any other way in Skiffdom? LOL

It was a typical day in Skiffdom.  I was picking the twins up from one of their last high school days before Christmas break when my phone began to blow up. I couldn't answer one call before another number was beeping in. When I finally could pick up without my phone disconnecting, it was a police officer. He told me there had been an incident with my youngest son at the bank two blocks from our house. My son was fine. How long would it take me to get there?  I was at the high school less than a mile from my house and had been gone less than 15 minutes. When I left, everything was fine. What could have happened in that short amount of time? Why was my son at the bank? He didn't answer my questions. He just told me to get there as quickly as possible.

I got the story from the police and my older son later on. It seems in the 15 minutes I was gone, he and his oldest brother had gotten into an argument about who had to bring out the dog. My youngest, who was closing in on a manic episode, just snapped. He ran out of the house barefoot in a total meltdown and into the bank a block from our house, ranting and waving his pocket knife around (why I don't know, he has no memory of doing any of this, so I can't get answers from him).

After the relief that he was safe, I ran over to my son and hugged him; while hugging him, my first thought was, "Thank God he isn't black, or someone would have shot him for sure." At that instant, my blinders fell away, and I completely understood white privilege. White privilege isn't that my life has been easy. It isn't that I have money or even opportunity. White privilege is the fact that my mentally ill, autistic son went into a bank, with a small pocket knife, in a meltdown and came out alive. White privilege is that underneath all my excuses and reasoning, in a moment when my soul was stripped bare, I knew that the only reason he was sitting on that curb and not in an ambulance or a body bag was that he had white skin.

This is Texas. I can guarantee you any number of people in that bank were armed, besides the bank security and the police. And I could hug my son and get him the mental help he needed.  I knew my good friend, who has two autistic boys who are more severe than my son, would almost certainly have been unable to do the same had it been one of her boys in the same situation. The difference would only have been the color of their skin. That breaks me in ways I can't even begin to put into words.

This is how broken our society is. This is white privilege. Now that I see it, I will do everything in my power to make sure it changes.  To my friends of color, I can only beg your forgiveness for my years of blind ignorance. I am so sorry.

I seriously loved this post. You describe this topic adequately. When hiring home contractors it’s critical for go with a trusted name in construction. Experienced and efficient staff should shoot for excellence and absorb every detail of your dwelling. cannabidiol store

Very interesting details you have mentioned , thanks for posting . https://royalcbd.com/product/cbd-oil-2500mg/

90% sure an officer wouldn't shoot a child with a pocket knife and obvious mental issues, black or white.

Anonymous you are wrong. So very wrong.

This is a hard blog post to read. Every time I realize that I have been tripping over my white privilege it hurts me do deeply that the pain is physical. I am glad your son is safe and I wish you well in spreading the message. Deep Peace!!

I like this post a lot. i’ll undoubtedly be back. Hope that i’ll be able to read a lot of insightful posts then. are sharing your data with all of my friends! 토토사이트

he he i love catfights that is why i love Amanda Bynes. i think that she is a very humble woman too:: 먹튀검증

I am often to blogging and i truly appreciate your website content continuously. The article has truly peaks my interest. Let me bookmark your blog and keep checking choosing data. 먹튀검증


A Glimpse of White Privilege is an enlightening read that offers a helpful look at the long history of systemic racism in the United States. IPVanish Sale It provides an understanding of the privileges that white people have and the ways in which they benefit from it. The book is an important and valuable resource for anyone looking to better understand the issue of white privilege.