I was asked to share my experiences as a child, now an adult, who was raised under the parenting philosophy of needing to break a child.    This request came out of a blog post by The Transformed Wife, that was shared on a FB page for women that I manage link here,(I DO NOT ENDORSE THIS WOMAN OR WHAT SHE TEACHES IN ANYWAY.  Her teachings make me sick)  I struggled to read past the intro statement that she used to share her post on FB.  Here is a direct quote  "Our job as parents is to break our children’s stubborn, rebellious, and sinful will and replace it with a will that first wants to please and obey their parents and when they grow older with a will that wants to please and obey the Lord" 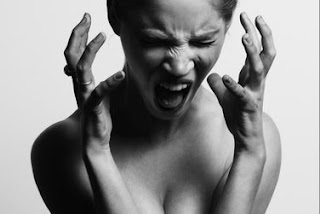 Before I truly begin I need to be clear, the stories I share here happened when my parents were not only young, impressionable, newly saved Christians but they were also young parents.  Anything they did, they did from the doctrine they were taught in a church that they believed was teaching Biblical truth.  This is not a post to bash them, as they are two of the most giving and loving people you will ever meet.  That being said, the church we attended early on in their Christian walk and during my formative years, took what were good Biblical principals and twisted them into legalistic teachings that quickly morphed into an abusive and controlling theology.  Looking back now, I can say with 100% certainty, we were in a cult, not a legitimate church.  Unfortunately these twisted and perverted teachings, have invaded the main stream evangelical and Charismatic churches.  It is because of this that I feel the need to share my experiences.  If what I experienced and learned will save just one child or woman, then I will consider this blog well worth the emotional vulnerability I experience in sharing these things.

My parents were married very young, both having come from dysfunctional homes.  They were saved before getting married, in the mid 1970's during what was known as the Jesus Movement.  Here is a link explaining the Jesus Movement for those who would like more info: link here.
I was born at home, my parents were the original crunchies (home births, homemade tofu, the works. lol).  The church they attended taught that women and children should be submitted under the headship of the man of the house.  Children needed to have their wills broken from an early age through strict corporal discipline. A mother's submission to her husband and the church was judged by how her children behaved.  Though I was protected by my parents,  older, problem children and teens, were brought before the church elders to be "disciplined" by the church leadership.   I learned very early that I was never going to be good enough to avoid punishment.  I wasn't just spanked for doing things wrong, I was spanked for my atitudes or even for what my parents thought were my hidden attitudes and thoughts.  By the time I was a young girl, I literally shook every time my father even said my name (for any reason).  I have amazing parents, my Dad has taught me more in this life about everything from theology to a good work ethic to cooking and art than I have learned from any teacher or professor.  My mom has taught me what true faith and worship look like.  Unfortunately, early on, they were deceived by abusive teachings that were taught as Biblical fact.  I can't count the number of times I was quoted  Proverbs 22:13 "Foolishness is bound up in the heart of a child; The rod of discipline will remove it far from him."  or  Proverbs 22:6 " Train up a child in the way he should go, Even when he is old he will not depart from it." or Hebrews 12:7 "It is for discipline that you endure; God deals with you as with sons; for what son is there whom his father does not discipline?";  all of which I had memorized before I was 4 years old.
The result of these experiences was that I not only had an unhealthy fear of my earthly father, I also was terrified of my heavenly father.  I spent all of my childhood and most of my adulthood into my thirties feeling like a piece of shit person, that was so incredibly sinful and evil that the only way God could deal with me was to discipline me.  I didn't deserve to be loved or accepted because I was sinful to my very core.  When I was abused, well I had that coming because I needed to be disciplined.  Fall down the stairs and nearly lose my babies, well I had that coming too because I must have been being rebellious and needed to be disciplined.  After all, God only disciplines those he loves, right?

When I was 16 my Dad brought me out on an ice cream date and sincerely apologized for the way they had "disciplined" me during my childhood.  It broke his heart that I feared him so much that I felt the need to apologize as soon as  he entered a room or that I would shake when he said my name.  Our relationship started on the long road to healing that day.
It took a long time for me to overcome that fear of authority, especially men, that I had.
I share this because know there are other young parents out there that are being taught this same bullshit as the way to raise Godly children.  Let me be clear, what you are being taught is unbalanced and is abusive.  The Bible says in Ephesians 6:4 "Fathers, do not provoke your children to anger, but bring them up in the discipline and instruction of the Lord." and "See that you do not despise one of these little ones. For I tell you that their angels in heaven always see the face of my Father in heaven." Mark 18:10
Jesus loves children.  He encouraged the children to come to him when all the adults tried to send them away.  When the disciples asked who was the greatest in the kingdom of heaven, here is how he responded "He called a little child to him, and placed the child among them. And he said: “Truly I tell you, unless you change and become like little children, you will never enter the kingdom of heaven. Therefore, whoever takes the lowly position of this child is the greatest in the kingdom of heaven. And whoever welcomes one such child in my name welcomes me.
“If anyone causes one of these little ones—those who believe in me—to stumble, it would be better for them to have a large millstone hung around their neck and to be drowned in the depths of the sea." Mathew 18:2-6
Parents love your children, guide them, listen to them and teach them the way Jesus taught us; lovingly, through stories and sitting with us instructing us in love.  We as parents can not change the hearts of our children anymore than we can change our own hearts.  But we can do real damage to not only our relationships with our kids but also to their view of God when we chose to break them. It's called breaking for a reason.  It is damaging, it is abusive and it is not how scripture teaches us to instruct our children. My parenting goal is to raise healthy and whole leaders, not beaten down and broken down followers who will submit to whatever bully is the loudest.  The only time Jesus broke out a whip and broke anything was in the temple where adults were hypocritically doing things in God's name (defiling the temple) that were abhorrent to God.  He never "broke" his disciples, even when they abandoned him to the cross.  Instead he loved them and showed that love in his forgiveness of them, even in the most egregious mistakes.  Let us use Christ as our ultimate example of  Godly parenting.
Posted by Kristine Meier-Skiff at 8:45 PM