Killing the Jackass in my Head 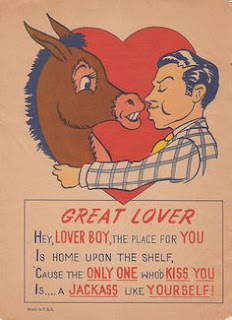 Several weeks ago I stopped at a convenience store between my son's therapy appointments.  There was a man in a utility worker's uniform sitting at a picnic table outside of the store, talking on his cell phone.  I paid him little to no mind; I was focused on getting drinks, eating and heading back to my son's second appointment.  As I was stepping out of our car, he gave me a look of pure revulsion.  He then raised his voice,  I can only assume to be sure that I heard him, and said with derision "Oh my God, you would not believe the size of the woman getting out of a car here.  I swear I can't believe she can even walk. People like her disgust me."
Normally I would have said something to the jackass but my son struggles with severe anxiety. I did not want to upset him by drawing his attention to the situation, which he was oblivious to.  So I swallowed my anger and continued into the store to get our drinks. After we were done, my son grabbed our picnic dinner from the car and we went to sit at a picnic table on the other side of the picnic area from the man, behind him, where he could not see us.
He then stood up, literally stomped back to his AT&T truck, loudly talking into his phone again "I cannot believe this woman! She sat down at a picnic table here.  Just seeing her ruins my appetite! I can't stay here if she is going to be here."
I was furious but again my son, who was playing his DS game, was completely oblivious.  So I kept my composure and did not give him the dressing down he deserved.

Later that night, I relayed/ ranted the story to my husband.
"How dare he talk like that about anyone? He acted like I was less than dirt because I didn't look like he thought a woman should look, like the kind of woman he is attracted to.  Why in the world would he assume he is so important or attractive (he was neither) that every single person should go out of their way to be attractive to him.  Who died and made him judge and jury on me, a complete stranger to him?"
After my rant, I assumed I had worked my anger out of my system and didn't give him a second thought.  I don't have time or energy to care what some random jackass's opinion is of me.
A few weeks went by.  One day as I was sitting in my car while one of my boys ran into the store,  I realized I was avoiding going out in public because I didn't want anyone to see me.
I have spent years learning to love myself, to not attach my sense of self to what the scale says, to find things about myself I truly love whatever my weight, to undo years of negative messages about my looks because of weight.
Yet despite all that work and progress, it only took the words of one fool to make me start to retreat into myself, to feel like somehow my weight was so offensive that I didn't have the right to show my face in public.  After I realized what I was doing, I started to force myself out of the car and into public.  I made myself remember all those hard won lessons.
The truth of the matter is that I owe it to no one to look a certain way just because they find it more attractive.  The truth is that I am lovable and loved just the way I am.  I have a husband who loves my body, even in the times I don't.  I have friends and family who love me for who I am and what I bring to their lives.  To them I am more than numbers on a scale, however high or low they may be.  I have 5 son's who love me and depend on me.  I carried those 5 boys inside this wonderful body that I spent so many years hating.  I fed some of them with food this body produced.  This body has carried me up mountains to pick apples and into the ocean to swim in the waves.  This amazing body has been thrown up on during endless nights comforting feverish children, it has brought me great pleasure during long nights of lovemaking, it has sung in front of crowds and alone in the shower.  This body has been operated on, has danced (badly but danced none the less), has played the piano.  This body has grown me from an infant into the 40 year old woman I am now; it has hugged and kissed and kicked and jumped and walked and run and swam.  I am thankful for this body, whatever it's size.
In remembering all of this, I killed the small, hateful ghost of the jackass that had tried so hard to embarrass me and strip me of my dignity and self respect.   My life is too full of  love and beauty to let the words of a small minded fool make feel less than I am.    I am beautiful and I am loved just the way I am. 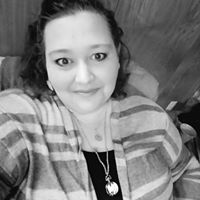 Posted by Kristine Meier-Skiff at 6:09 PM