One of my very favorite things to do after a stressful day is to take a nice long soak in my garden tub.  I pour in bath salts, run the water as hot as I possibly can, fill it as high as I can and soak until my fingers and toes resemble raisins left in the sun too long and the water has long since cooled.  Tonight was a night I needed a long soak.  As I lay staring at the small water stain on the ceiling, a reminder of the time a storm blew the shingles off of a large portion of our roof a few springs ago, I was hit by wave of gratitude.  You see, laying there soaking in that huge tub, was a special gift from God to me, a prayer answered, a promise fulfilled.  This is a story of God's incredible patience, love and blessing in our life.  This is a true life adventure story, that spans ten years and 1,300 miles. This is the story of our move to Texas.

My husband and I met at a small Bible school in Western New York.  My husband was from the area, so after our wedding it was natural for us to settle there.  We settled in, bought a house, and had our first four children.  Then the sky fell in.  To make a very long story somewhat brief, I fell down an entire flight of stairs when I was 25 weeks pregnant with our twins.  I was holding Sam, who had just turned 1 a week and a half before.  Miraculously, Sam came away with nary a scratch.  I, crushed my elbow and spent the remainder of my pregnancy in and out of the hospital, mostly in.  This long hospital stay coupled with my husband having to be on unpaid leave for the entire time (we had no one to care for Paul and Sam while I was in the hospital) left us pretty much destitute after it was all said and done.  We were a young couple, starting out (only married four years) so we didn't have anything to fall back on.  We did a short sale on our house. Then we moved to Virginia to start fresh, drawn by the promise of a better economy and the plethora of family I had there, who could help me with four babies, aged three and under.
The day we moved into our house, as my brothers and husband were unloading the moving truck, I said to my husband "The next place we are moving is Texas."  He looked at me like I was a bit crazy and asked in typical Usarian fashion "So should I load everything back onto the truck?"  I shook my head and said "I just have a feeling I shouldn't get too comfortable here.  We will only be here about five years."  I really think God had spoken to my heart because otherwise there would have been no prying me away from all my family that surrounded us in Virginia. 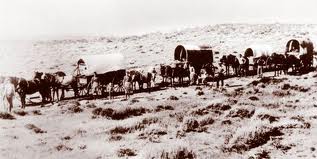 Our four and a half years in Virginia were the hardest of our marriage.  I was home alone, with five babies (we had Benny while there), while my husband worked seventy hours a week.  We were so broke we could not afford heating oil, so we heated our house with a wood stove.  Two of our boys were diagnosed on the autistic spectrum during this time.  My aunt, who was more like a sister to me because we were so close in age (we even shared a bedroom for a time), died after an excruciating fight with cancer.  My extended family was facing some huge challenges and our marriage was a complete disaster.  I became furious with God.  I could not accept that the God that I had spent my life serving in ministry and personally, could just stand by and watch our lives blow up.  What was his problem?!?  People tried to give me the typical Christianese answers "God works everything for good for those who love him and are called according to his purposes." "God won't give you more than you can bear" (that one isn't even in scripture) "You know God must have mighty plans for you." "We live in a fallen world" All of these answers just made me even madder.  I remember saying to a family member "I think God is a sadist."
One night, as I was rocking a screaming Jamie in one arm (he had night terrors at the time.  He would wake up and run screaming throughout the house) and was giving Benny a bottle in the other, I turned on the TV. The only channel that had anything on at 2 am was PBS.  The program playing was a round table discussion with all the major religions represented by notable figures within each belief system. The moderator was posing different theological questions to each of them.  The question he happened to be asking when I turned on the show was posed to the man representing Christianity.  I don't remember his name but his response to the question posed changed my life forever.  The moderator asked him "If your God is real and all powerful, why do terrible tragedies plague the world?"  Honestly, I rolled my eyes, expecting him to quote the same scripture I already new backwards and forwards and give the same answers I myself had given a million times.
Instead he began telling the story of C.S. Lewis and his wife.  Lewis married late and life and deeply loved his wife. She died not long after they were married from bone cancer.  Lewis wrote in A Grief Observed  "Talk to me about the truth of religion and I'll listen gladly. Talk to me about the duty of religion and I'll listen submissively. But don't come talking to me about the consolation of religion or I shall suspect that you don't understand. The conclusion is not "So there's no God, after all" but "So this is what God is really like, the Cosmic Sadist. The spiteful imbecile?"
My ears perked up at this point.  C.S Lewis, one of the giants of the faith, was basically saying what I had just said a few short days before.
The man answering the moderator said  "Many people say this was a crisis of faith for Lewis, but I say it takes incredible faith to stand before the Almighty God and be completely honest with what you are feeling and thinking."  I had tears flowing unheeded down my cheeks and I cried out to God in all my grief, anger and brokenness "God, I don't care how you do it but I need you to prove yourself to me. I'm tired of all the Christian excuses.  Yes, we live in a fallen world, but if you are God and you are bigger than that.  The truth is you could have stepped into any one of the situations and changed it.  But you didn't.  I want to believe in your goodness, I want to believe in your power but right now I need you to show me.  I need to see you are all the You say You are."
I had been a devoted Christian for 25 years.  I had gone to Bible school, been in ministry, done all I knew to do to be faithful.  Yet, despite all of that, this was the defining moment of my faith, this was me at my very rawest before God.
I am going to stop here, in my darkest night.  I promise the second half of this story is nothing short of miraculous but in order to appreciate where we are now you have to know where we came from.  I pray if any of you are in your own darkest night, you will be encouraged.  I don't have the answers you need but God does.  Don't be afraid to be honest with Him.  You are in my prayers-Kristine

Posted by Kristine Meier-Skiff at 11:09 PM
Labels: My Random Musings

Loved reading this, so honest and heartfelt.