Let everyone break forth in singing,dancing and rejoicing!!!  The Skiff Boys have returned to public school!!  Seriously, I feel like a million and one pounds have been lifted from my shoulders! 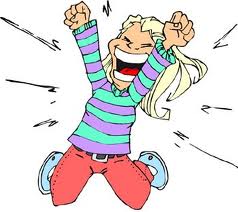 I have to give a huge thank you to the middle school here in our small town.   Paul was dead set against going back to public school.  We thought long and hard about continuing to home school him because he took so well to it.   In the end, we felt it was important that he at least try to return to school for the social aspects and to be thoroughly reintegrated before high school (I never intended to home school for high school).  I brought Paul to the meet the teacher event at the school a few days before the start of school.  Paul had an absolute autistic meltdown not five minutes after we arrived.  He was crying, flapping his arms and refusing to look at anyone.  We waited to speak to the Guidance Counselor in the hallway for a good twenty minutes, with each ticking minute Paul became more worked up and I seriously considered just withdrawing him then and there.  Finally, it was our turn to sit down and talk to the counselor, for the purposes of this blog we will call her Mrs. Marvelous;)  I introduced us as we sat down, Paul was in no condition to talk at all.  Mrs Marvelous knew exactly what to do.  She didn't try to engage Paul, instead she closed her office door so it was quiet and continued a normal conversation with me.  This allowed  Paul the space he needed to calm down.  After he was calm, she asked him how she could help him if ever needed to calm down again, what were the specific things that would help him, did he mind being touched on the shoulder (when Paul said he preferred not being touched, she was not offended instead she made a note of it).   She then asked him what his interest were and really listened to him, even while he monologued about cats ( this really meant a lot to Paul).   She then asked Paul to give her one day to rework his schedule and to come back for a private tour before he decided that public school wasn't for him.
We went home and Paul was still skeptical but much more calm.  The next day Mrs Marvelous phoned me. She had reworked Paul's schedule so that he had the classes he liked/ needed.  She even made it so that he could have gym class with a friend who isn't even in his same grade level!!!  Mrs Marvelous then told me that she and the principal had spoken and they both felt that it may be better for Paul to start a day later than the other kids so that he could avoid the first day of school chaos.  I had thought about this very thing but hadn't dared asked, fearing it would be impossible!!!!  Paul's attitude changed in five minutes from being against going back to school to being super excited to be starting school!!!  Anyone who knows Paul will tell you this kind of an attitude change is a miracle in and of itself.
Since second grade getting Paul to school has required an iron will, more than once I have carried him into the school mid meltdown.  I actually would call his teachers and ask how he was doing before I would go grocery shopping 15 miles from our house.  I didn't want to get halfway through grocery shopping only to have to rush back to the school because I was called to the school to calm him down or work with him.  This happened several days a week more often than not.  That is how stressed school has made him in the past.  Now Paul awakes excited to attend school. Don't get me wrong,  there have been few bumps that needed to be ironed out in his schedule, but Paul adjusted to the changes and still looks forward to school every day.  I cannot begin to express what a huge deal this is in our lives!  Seeing him smile as he walks into the school building is worth all the stress it has taken us to get to this point.   Thank you Mrs Marvelous and all the other amazing teachers and staff who have made this transition for Paul such a positive one.

Thank you my friends who stayed with me on this journey and encouraged me.  Each of you has brought a unique perspective into my life.  Please know as always I appreciate each and every one of you.  Lots of love-Kristine
Posted by Kristine Meier-Skiff at 2:41 PM

yay! rejoicing with you dear one:)

This website is incredibly intuitive and user-friendly. It's easy to navigate and I love the design! and ExpressVPN Joe Rogan Code I appreciate the amount of helpful information this website has to offer. It's very comprehensive!"This website has a great selection of products, and the prices are definitely competitive."